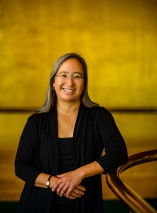 The majority of our concerts feature a singular resident musician. The Salty Cricket resident artist is cellist, Noriko Kishi!

Noriko Kishi holds a B.M. from the Eastman School of Music, and a M.M. from the New England Conservatory. Her principal teachers were Irene Sharp, Robert Sylvester and Bernard Greenhouse. She was Principal cellist of the New World Symphony from 1991-1994 and a member of the Sacramento Symphony from 1994-96. Ms. Kishi has appeared as soloist with the New World Symphony, Michael Tilson-Thomas conducting, and with the Music in the Mountains Festival Orchestra. She has worked with distinguished conductors, Leonard Bernstein, Sir Georg Solti and Seiji Ozawa, and participated in masterclasses and coachings with members of the Guarneri Quartet, the Cleveland Quartet and Yo-Yo Ma. Ms. Kishi can be heard on recordings with Stratos Chamber Orchestra, the New World and Utah Symphonies and the NOVA Chamber Players. She was a Fellow at Tanglewood and participated in the Aspen, Spoleto (USA, Italy), Colorado and Moab Music Festivals. A native of San Francisco, Noriko taught at the San Francisco School of the Arts, the San Francisco Community Music Center, the San Francisco Conservatory of Music, Preparatory Department, and has served as guest faculty at BYU. In Salt Lake City she is a frequent guest on the NOVA Chamber Music Series and has performed regularly with the Utah Symphony and the Canyonlands New Music Ensemble.